Recently, I’ve been giving some thought to many of the changes that have been taking place in the office market. I’m not talking about rental rates, trending vacancy tables or even projected algorithmic operating pass-throughs. No, what I’m referring to here are changes that are taking place on a more macro scale.

The workforce at large is evolving, and there are several factors at play—the economy, technology advancements, shifting lifestyle patterns and changing needs for space allocation, to name a few. Each factor, in some way, affects the other.

Let’s begin with the economy. As a country, we are currently seeing full employment. Common sense might tell you a low unemployment rate means full office buildings and workspaces—but the opposite is actually true; some employers simply can’t find people to fill their open positions (and hence, the seats). Federal regulations also have an impact. Despite the thriving economy, many businesses are hesitant to hire new staff due to growing concerns around benefits package requirements being proposed by the government. In other words, while the economy is performing well, in some ways, it’s having an adverse effect on hiring practices—which often translates to fewer bodies occupying commercial office spaces.

Then there’s the issue of technology. Let me ask you this: when was the last time you dictated a letter to a secretary? Many years ago, I’m sure—back when “secretaries” were a thing. For me, it’s been at least 20 years. Over time, the process has evolved to what it’s become today. I now type my own letters and send them to my administrative assistant to “clean up.” In my view, the use of desktop computers by executives has had a profound impact on commercial real estate use of space today. Think about it: these days, we don’t need that person physically in front of us to get a letter written—or to collaborate on any written document in general; it’s all done electronically without the need for face-to-face contact.

In recent years, we’ve also seen more mainstream use of video conferencing platforms like Zoom and Skype. The fact is, the rise in virtual face-to-face touchpoints has diminished the need for palatial conference rooms. At our office, we have weekly meetings with our marketing firm—all done on Zoom. Technology has allowed us to have meaningful discussions with teams of people without the physical space that was once required to run a meeting. We’re also seeing fewer reception areas in many commercial spaces, as automated systems are replacing the “traditional” receptionist.

The “remote worker” is another intertwining factor. In the past, the workforce at large would commute to the office to start their workday. Now some firms require employees to make an in-person appearance only once a week—sometimes less, which means empty office space a good portion of the time. I’ve even seen situations where employees are reserving desk space for the day and time they’re planning on being in the office. While this shared workspace model keeps the office from being completely empty for days on end, the number of bodies in the office is still drastically reduced. The fact is, whether it’s a 100% remote working situation, a one-day-a-week meet up at the office, a shared workspace situation or even the occasional telecommute, the physical occupancy in that office space is vastly different from where it used to be.

What’s more, the shift to the open workspace model of the past decade means we’re seeing more 6×8 ft workstations and open conference areas, with fewer private offices and large conference rooms. The way people work, collaborate and conduct business has evolved to an almost unrecognizable place from where it was when I started in my career.

As the workforce continues to evolve to meet the changing tides of the economy, technology and lifestyle, I expect to see a continued shift in the office market as we know it.

Have you noticed any changes in how the workforce is working? If so, I’d love to hear about it.

My Lease Expires in 24 Months. What Should I be Thinking About Now? 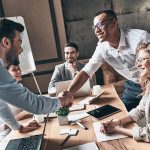 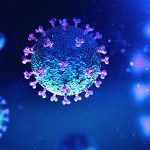 An Update from McBride on COVID-19